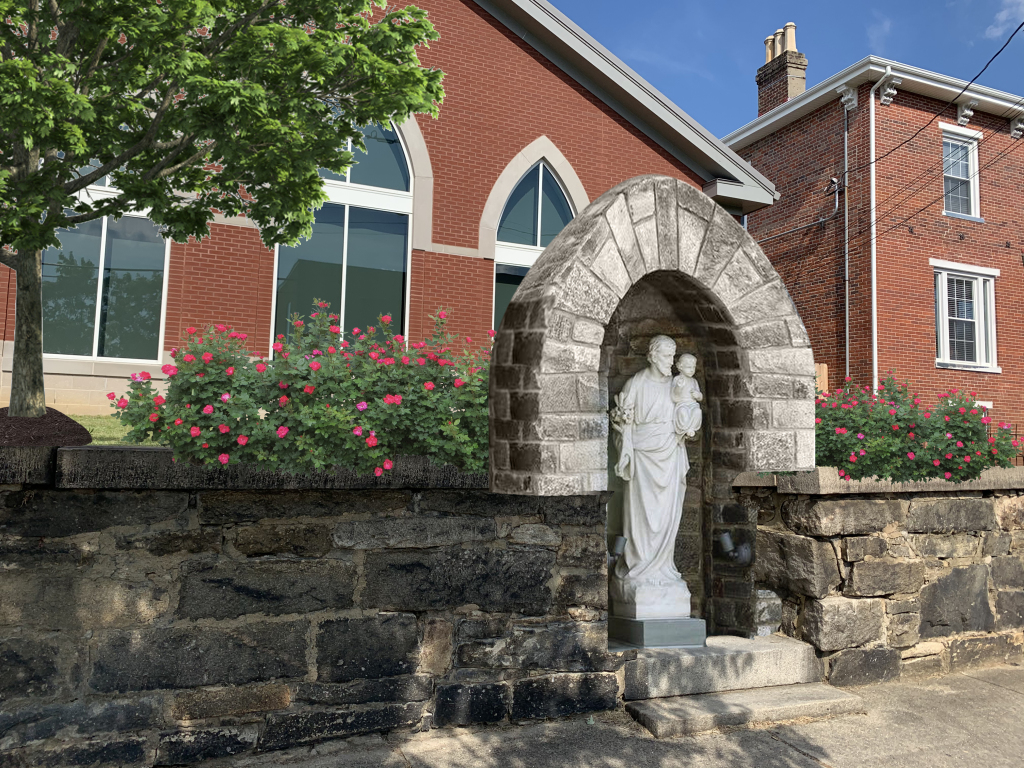 The present concept for a St. Joseph grotto on the property was drawn up by Fr. Anthony Ferguson, St. Andrew's, Roanoke will he was a deacon serving at St. Joseph during the summer of 2020. Initially, the concept surfaced when considering how to address the "steps to nowhere" on the west lawn of St. Vincent de Paul Hall. The Risk Managment Office of the Diocese had indicated that the steps needed a handrail, though they only ascended into the lawn.

An idea surfaced to modify the steps and to create a roadside shrine to our parish patron. During the late-summer, early-fall, a 6' cast iron statue was secured from one of our vendors and is presently being painted so that it can be delievered in the late winter, early spring. Recently, we were able to secure a local contractor who is willing to move the steps to create a "back wall" and fix the side walls to prevent further crumbling. It is also possible that the step opening will be able to be widened to ensure that the entire platform is physically centered in front of the main window of the hall. The last stage would be the creation of a roof over the statue that will probably be brick, like the hall, instead of the stone, as pictured.

Thank you to all those who have made financial sacrifices in honor of our parish patron! St. Joseph, Terror of Demons, interced for us!